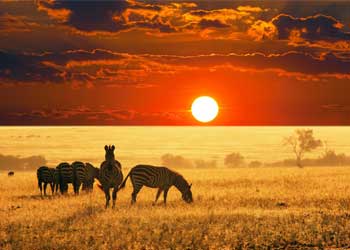 Ethiopia is Africa’s oldest independent country with an estimated population of 85.8 million. Apart from a five-year occupation by Mussolini’s Italy, it has never been colonized. It’s major launguages are Amharic, Oromo, Tigrinya, and Somali and has several major religions including Christianity and Islam. The average life expectency is 54 years (men), 56 years (women). Ethiopia’s economy is based on agriculture and its’ main exports include coffee, animal hides, oilseeds, beeswax, and sugar cane.

“I traveled throughout Ethiopia, a heaven-blessed land of natural beauty and potential abundance, meeting Ethiopians from all walks of life. I encountered a fascinating culture and a handsome people whose intelligent and courteous ways were beguiling.”

In many ways Ethiopia is better off today than it has been in hundreds of years, but in other ways the country continues to walk on a knife-edge. Relations with neighboring Eritrea remain very bleak. Tensions are high (but currently stable) over the Ethiopia–Eritrea border demarcation and many observers believe that Somalia is being used as a battleground for a proxy war between the two nations. In addition, a low intensity war against separatist groups is taking place in the Ogaden region, the economy is wobbling, the number of urban jobless is rising fast and an exploding population is putting massive strains on already tired soils to produce enough food to feed everybody. If Ethiopia is to flourish it will have to play all its cards right.