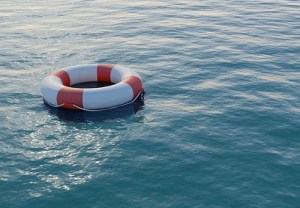 If you grew up in the 1990′s the song Ironic is more than likely burned in your brain from the hours of airplay that it received. In 1996 when the song was released by Alanis Morissette it was an instant sensation and became her highest rated single on the Billboard top 100, reaching #4 on the charts. I believe its success was due in part to the easily identifiable lyrics with most people’s lives, where it points out the irony of life.

A traffic jam when you’re already late
A no-smoking sign on your cigarette break
It’s like ten thousand spoons when all you need is a knife
It’s meeting the man of my dreams
And then meeting his beautiful wife
And isn’t it ironic…don’t you think
A little too ironic…and, yeah, I really do think…

We have all experienced similar feelings or situations in our lives in which the irony can make you want to laugh out loud or pull your hair out. Irony can be defined as an outcome of events contrary to what was, or might have been, expected. As we cross the 23-month mark on the waiting list this week I discovered an irony in my faith that I had seldom thought about in the past, that revolves around the concept of patiently waiting on God’s timing—something that has taken a considerable amount of faith and self-reflection to develop and continue to maintain. I couldn’t count the times I’ve been frustrated, discouraged, or felt lost along our adoption journey, but have always been able to resolve that it is God’s will for us to be parents and he is working out our plan ahead of us. In my heart, I know the victory has already been won on our behalf, but we still have to fight the battles to win the war. As a Christian this makes going through difficult situations much easier to bear when you know that the Lord has already won your battle. Do not be fooled by those who may tell you that accepting Jesus secures you a one-way ticket to easyville. Real faith is built on the premise that you will go through difficult times, but God is with you through these times and is walking with you.

Here in comes my ironic revelation. I pray continuously for my family and that God will make our hearts desire to become parents come true soon. I wake up each weekday praying that my day would be interrupted by “the call” and that by days’ end I would see my children’s face. Ashamedly I often pray “Lord, I’m trying to be patient with you. I’m patiently waiting on your will”. I say this, as if God owes me something. Even worse, I am failing to recognize how patient he has been with me. Isn’t this ironic, don’t you think?

Over the past 23 months, I have looked many times at God’s Word to see what He has to tell us about waiting patiently. I found this verse from 1 Peter this week while reflecting on this topic.

For this is a gracious thing, when, mindful of God, one endures sorrows while suffering unjustly. For what credit is it if, when you sin and are beaten for it, you endure? But if when you do good and suffer for it you endure, this is a gracious thing in the sight of God. For to this you have been called, because Christ also suffered for you, leaving you an example, so that you might follow in his steps. He committed no sin, neither was deceit found in his mouth. When he was reviled, he did not revile in return; when he suffered, he did not threaten, but continued entrusting himself to him who judges justly. – 1 Peter 2:19–23

As I think about this verse, it makes me feel so human. How often do we stray from God’s moral standard that he has set for our lives? Most of us think that were good people. If cornered, we would tell you something like “I’m not a murderer, I pay my taxes, I’m a nice guy“, but these are in comparison to human standards. When’s the last time you took 30 seconds to compare yourself to God’s standards? If you were to confront me on the issue I would confess that I’m human. There are times I get angry, envious, I’m sure the list could expand…and yet God is patient with me. When asked, he completely forgives me, every time. We were born sinners, its engrained in our DNA to not be perfect, yet time and time again God patiently forgives us. This is the very definition of Grace.

At choir practice this past Thursday, our director asked for people to share their testimonies throughout the course of the evening. He spoke, at the conclusion, saying “sometimes we become so focused on going forward, that we forget to look backward. To reflect on the amazing miracles that God has worked in our lives”. Today I take pause to look back on the past 23 months to reflect on the amazing amount of patience that God has shown me on this journey, during the moments where I loose faith, I get frustrated, and abandon ship. He is always there. He always throws me a life-preserver, pulls me out of the water, and rescues me. I turn back to look forward at the mountain we still have to climb with a new definition of patience and trust in the One who will walk with me to victory and be with me during the battles. Amen.